Today, implementing an HR digitalisation project within a company seems to be
an obvious choice. But for the management of a company, this process is not always obvious.
Many actors must be included in this decision and it is not always easy to make them
actors of the change.

In this article, we discuss the implementation of digitalisation projects with Thierry Depois, former director of Europ Assistance and Europcar, who is now working as a consultant at Neobrain. Thanks to his experience as a group manager, we will learn more about digitisation projects, the players to involve and the arguments to put forward to implement them.

Is HR digitisation a fad?

One can choose not to live in the 21st century but it is not easy. The whole of our
environment has evolved radically with digitalization at all levels. In our daily lives
we cannot imagine today finding our way without using Waze.
Nor can we choose to recruit by completely ignoring systems such as
Linkedin or Indeed. Digitalisation is not a fad, it is much more profound than that.
The truth is that we have to adapt.

Perhaps other sectors were affected more quickly. It is often said that when dealing with huge amounts of data, it is normal to use a computer. However,
today it affects absolutely everything.

This digitalisation also involves a change in employee behaviour. The impact of the social networking culture on the relationship between employees and the company is obvious. Expectations have changed. Today, we have to take into account the satisfaction of the company's employees in a much more concrete way. We can't ignore the individualisation of the relationship. There are also laws, particularly in relation to GPEC, which make it compulsory to create CPF accounts that allow the training of each employee to be individualised and to ensure that employees can choose the training courses they want to follow.

If we make a mistake, it is very easy for employees to organise themselves, to set up discussion groups which are likely to highlight the quality of human relations in companies, so we cannot ignore this. This is not a fashion effect, it is a normal evolution which follows the transformation of all human relations.

There is also an acceleration in the expectations of employees. If I express a wish, I expect my wish to be taken into account, but I also expect a rapid response. Now, with digital systems, there is an immediacy that does not exist with paper questionnaires and their tedious processing .

There was and still is an intermediate stage for many companies, where they go from paper to Excel and try to respond in an adapted and increasingly individual way with Excel, but that is already ancient history. Today it is possible to do much better and to accelerate HR processes while allowing a much more individualised relationship with employees.

HR digitisation: when should you start?

Well, right now! It's available and if you don't do it, your competitors will. You have to remember that the basic principle of a company is to be competitive. If you give up on evolution, you condemn yourself to disappear quite quickly. It's not even a choice, it's just a reality that you have to adapt to, and once you're aware of it, the sooner the better.

Today,the platforms offered are increasingly profitable. HR is not intended to be a source of profit. On the other hand, like any cost centre, we want to optimise its operation while reducing fixed costs.

To launch an HR digitalisation project, you need support. You have to explain, support, and put sensors throughout the organisation to find out whether people have understood the project and are committed to it.

It is also important not to hesitate to break the brakes by dealing with them one by one, individually. I remember an operation we carried out at Europe Assistance following a strike because people were not happy with their working conditions. We identified 200 small points that needed to be improved and which were simple pebbles in the shoe, but it is often these small pebbles that make big projects work or not, depending on whether they are removed or ignored.

We called it the T.A.L.C. project. People really liked it, they wanted us to do it regularly. We had identified 200 points of detail that we dealt with one by one. It took 4 or 5 months but it radically changed people's apprehension about their working conditions and their roles in the company. Accompanying a digitalisation project is a constant task.

We are currently living in a world in full transformation, whether it be at the level of skills, professions or company organisation. This is why the transition to digital seems to be a necessity. It allows companies to anticipate future needs while individualising the relationship with their employees.

However, the implementation of these systems can be complicated as many parts are required to make the gearing work properly. It is therefore the role of the project manager to create the conditions for success. 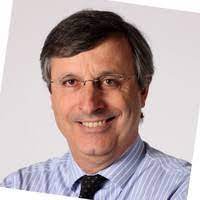 Consultant at Neobrain
see all articles

The 3 techniques to reduce recruitment costs

Do you have a project, a talent, an idea?

Thank you! Your submission has been received!
Oops! Something went wrong while submitting the form.

We give each individual a compass to manage his or her career in a changing world.